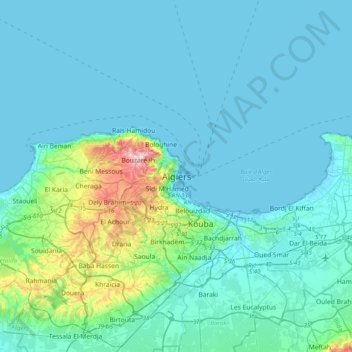 Algiers was a walled city from the time of the deys until the close of the 19th century. The French, after their occupation of the city (1830), built a rampart, parapet and ditch, with two terminal forts, Bab Azoun باب عزون to the south and Bab-el-Oued اد to the north. The forts and part of the ramparts were demolished at the beginning of the 20th century, when a line of forts occupying the heights of Bouzareah بوزريعة (at an elevation of 396 metres (1,299 ft) above the sea) took their place.

In order to remain free and to keep improving, this site uses cookies created by Google to compile visit statistics and display personalized advertisements.

How is the collected data used?